Every week I search for stories that I find inspirational.  Instinctively, I look for recognizable personalities and accounts of how they pushed through adversity and beat the odds to achieve their goals.  However, perceptions of success can vary greatly from one person to another, especially between different cultures.  Success is often measured by fame, but far more frequently, it’s the stories of ordinary people who do extraordinary things that inspire us to act with more intention in our lives. Here’s the story of a young man who found success just by trying to help keep his community healthy… 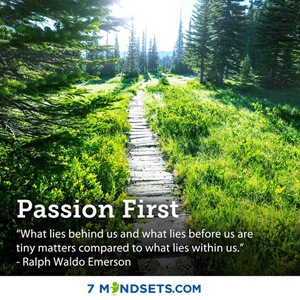 Kenya's people are one of the most struggling populations in the world, in large part due to water scarcity.  Only a small portion of the country's land is suitable for agriculture because of the desert climate, and many populated areas are without clean, fresh water.  During the wet season, rainwater is collected in reservoirs, then stored for use during the driest part of the year.  But the country's nearly bankrupt government can't afford to run pumping stations nor maintain the systems for keeping the collected water clean.

Living in Kitale, an agricultural town in western Kenya, Joel caught dysentery at the age of 16 from drinking contaminated water provided to his community.  His recovery from the illness was slow, giving him time to think about the problem.  If something didn’t change, there was no reason he and others would not be infected again and again.  He decided that he should do something, and began thinking about solutions.

When he got out of the hospital, he started working on a plan.  With the help of some volunteers, Joel dug a borehole on community farmland to get to the fresh water underground.  Still in high school, his life savings totaled around $95, but he decided to invest all of it to buy the pumping equipment needed to extract the water.  The project was a success, and subsequently provided clean drinking water to hundreds of households in his village.

Later that year, while walking in the rain, Joel spotted a water tank next to a closed yoghurt shop.  The tank was collecting the rainwater from the gutters on the roof.  He suddenly had the idea to trap rainwater, store it in a reservoir, purify it and then sell it to the public at an affordable cost.  Despite having no money, he convinced the owner of the yoghurt shop to lease him the tank.  Then he set out to find a purifying machine.  It was an expensive piece of equipment, and Joel spent three months presenting his idea to every local bank and funding organization in the region.  They all declined.  Finally, his thoughts turned to his family land.  It had been lying fallow for years, and Joel persuaded his mother to let him sell it.

Selling the land financed Joel’s purchase of a water purification machine and the operational costs needed to begin production.  During the wet season, the company would harvest rain, then purify and bottle it, and they would market the product in the dry months.  Though it took time, the company eventually gained a foothold against more established competitors by offering clean, locally-produced drinking water throughout Kenya and Uganda at half the normal market price.

The success of that company, Skydrop Enterprise, brought Joel MWale international recognition, several awards and grants, and a place on the Forbes list of Africa’s Best Young Entrepreneurs.  It also brought him to the world stage.  After hearing Facebook founder Mark Zuckerberg describe a hypothetical start-up that would arise and grow from zero to 200 million users within two years, Joel decided that he would be the person to launch it.  He sold Skydrop for $500,000 and began his newest venture, Gigavia.com, an educational social network that brings social media into classrooms, transforming it from a distraction into an educational resource.  In its first 5 weeks online, more than 1 million people signed up as Gigavia users.

Joel’s story reminds me of a simple formula that has been repeated throughout time.  Find a need in the world and fill it.  Most often, the need is something you can personally identify with.  To live a life full of purpose and meaning, examine where your personal interests, skills and passions intersect with the needs of others.  Once you identify this unique intersection, seek ways to organize your life around those commonalities through employment, entrepreneurship, and even charity.  This is the path to everyday happiness, and very likely will lead to living your own extraordinary life.

Live Your Dreams!
Posted by Scott Shickler at 3:48 PM